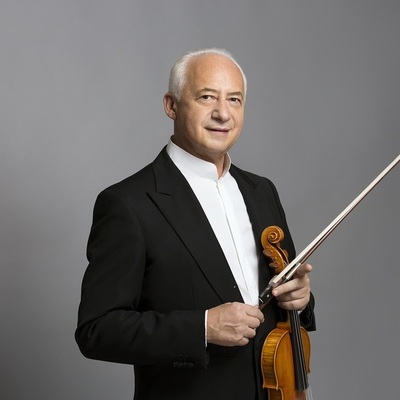 In 1989 he headed the International Colmar Music Festival in France; since 2001 in Moscow and other cities of the former Soviet Union takes place the international 'Vladimir Spivakov Invites' festival. Maestro Spivakov has taken part as a jury member in many well-known international competitions.

In 2003 he founded the National Philharmonic of Russia and became the president of the Moscow Performing Arts Centre. Since 2011 he is a member of the Presidential Council for Culture and Arts.

Mr. Spivakov has been decorated with high state awards and titles, among them are the title of the People's Artist of the USSR, the State Prize of the USSR, the Order of Peoples' Friendship and the Order of Merit for the Motherland, highest awards of France – Order of Arts and Letters and the National Order of the Legion of Honour, the Order of the Star of Italy and many others. In 2012 was honored with the Russian Federation National Award for outstanding achievements in humanitarian work.